Spanish names are charismatic, cool, romantic, funny, strong, beautiful… all in all Spanish dog names sound great, your dog will love it and people will love it.

Spanish dog names are very catchy and are generally easy to pronounce, and are very easy for a dog to get used to it. 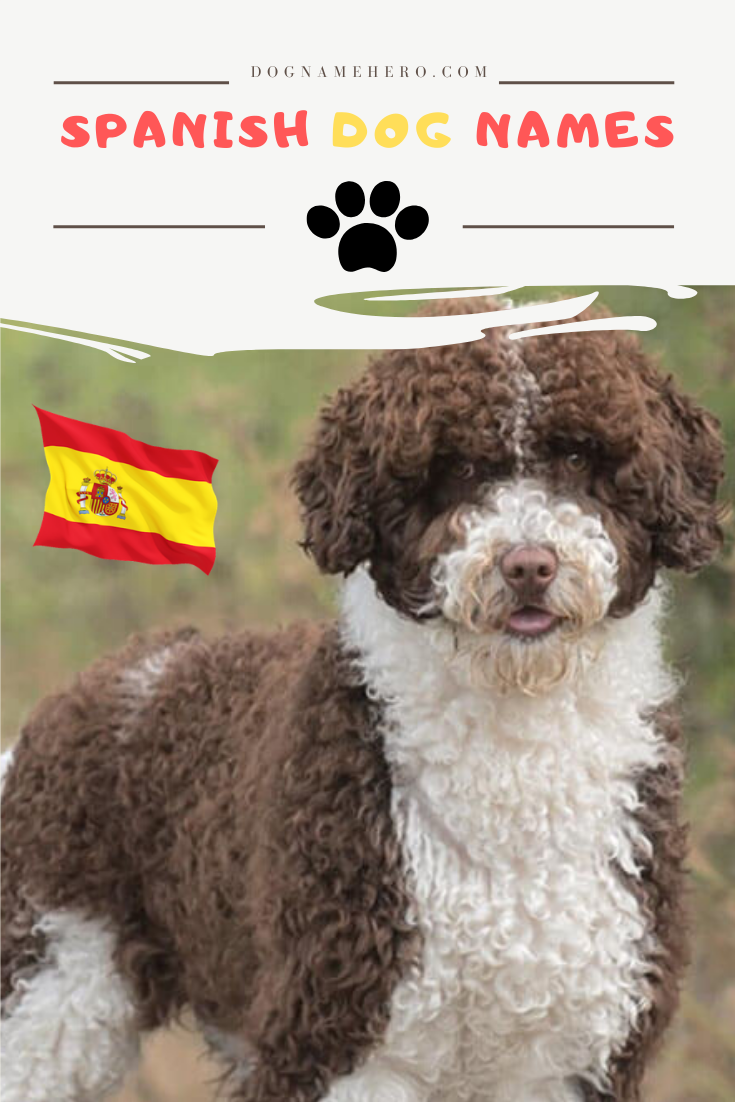 We made this list of most interesting Spanish dog names:

These are cool female Spanish names that will suit your female dog perfectly:

Spanish Dog Names For Both Genders With Meanings

Here are some Spanish dog names suitable for both female and male dogs:

For more funny name ideas check out our Funny dog names as well.

Spanish Names For Dogs By Color

Here are the Spanish names for the colors. These names could sound great as Spanish dog names.

Some fruit names on Spanish could sound interesting as your puppy’s name.

Still haven’t found the name you were looking for, no worries a lot more to explore on our website. You can browse our unique dog names category or you could also try the cool dog names category. If you have a smaller dog you can use our small dog names list, and of course for big ones there’s the big dog names list as well. So as you can see you will find your perfect dog name for sure.