For their enormous size and exquisitely regal appearance, Great Danes often are called “the Apollo of all dogs”. Their kind and easy disposition, statuesque standing and noble expression continue to earn them enviable popularity among people of all walks-of-life.

The history of the breed runs back to the times of ancient Egyptians and Assyrians. Archeologists have found many artifacts, dating back to Babylonian times, and there are images of Dane-like dogs on ancient Egyptian buildings, dating from 3000 B. C.

There are grounds to believe, that Danes sprung from the Tibetan Mastiff. This dog bore a strong resemblance to the Dane-like dog of Assyrians, who traded the dog to the Greek and the Romans, who used the dog for dogfights and blood sports. Those, in turn, extended trade with the British, and that might have resulted in crossbreeding of the dog with the English Mastiff. Some scientists believe that the breed also contains the Irish Wolfhound in its genetic pool.

Excavations have shown that during the middle ages the dog existed all the way across Europe, both eastern and western. The Dane was used in boar-hunting. Actually, the dog we now refer to as the Great Dane, is considered to have appeared in Germany in the 1600s, when it was fashionable among the nobility to breed and keep the most dignified and statuesque dogs. These dogs wore gilded fringed collars, which added a great deal to the dog’s overall grace.

Surprisingly, Denmark is in no way related to the evolution of the breed and it was by mere accident that the name stuck. When traveling in Denmark, Comte de Buffon, the French naturalist, spotted a more slender species of the Greyhound and surmised the Danish climate affected the dog’s appearance. Strangely, the name would stick, and the dogs have been referred to as Great Danes ever since.

The Germans have greatly contributed to the development of the breed. Initially, they imported English Boar Hounds, but later they developed their own stock. In 1880, at a meeting, breeders and judges concluded that the Deutsche Dogge, as they called the dog, had become a separate breed; therefore, its renown was as the German Dog throughout the world. However, the Germans had little success in imposing the name on other countries and, therefore, in the English-speaking world, the dogs are called Great Danes.

Great Danes are the second tallest of all the dog breeds with the Irish Wolfhound as tallest of them all. The dog has an air of dignity and nobility, but it also loves to romp and play. It’s a good idea to begin training early with this dog, when it’s still small enough to control! Despite their intimidating size, Great Danes are very gentle and will only show anger when provoked. Though it is a large dog, it should not always be kept outside or in a kennel. The Great Dane much prefers and enjoys the comforts of being indoors where it can be close to its family.

Do not jog or do any kind of excessive exercise regime with this dog until it is at least one year old. After that regular walks and outings are great.

Getting a Great Dane puppy? Find a perfect name from our Unique dog names list.

The Great Dane will adapt to apartment living as long as it is exercised regularly. A large yard is ideal for this big dog to play and run around in.
Care and Grooming: The short, smooth coat is easy to maintain. Brush and bathe when necessary.

Great Danes have rather short lives, most not living more than ten years. They are prone to hip dysplasia, bloat, tumors, heart disease and tail injuries. Please buy from a conscientious breeder because very poor specimens are being sold to the unsuspecting buyer.

Life Span: Life span is typically less than 10 years. Some Great Danes can live as long as 12-13 years.

Perros de la Argentina Great Danes make good companion dogs. They like being around people and are said to be affectionate pets. These dogs can be aggressive with same-sexed canines. They will always demonstrate their power when required. However, most of the time, Great Danes are sweet companions and watch dogs.

To profit fully from a Great Dane companionship, breeders and owners can take part in various events. Great Danes can be slightly difficult to train. However, consistent training is a good instrument in the hands of an experienced trainer/owner. Great Danes can take part in such events as obedience, tracking, weight pulling, agility, and others. In which activities your dog will be involved is your choice.

Obedience training is recommended for all Great Danes. It teaches the dog basic commands and is the first step towards success in other activities, including that of a companion. Obedience trials exercise a dog’s ability to obey the owner’s commands. A Great Dane should react to the owner’s voice, come when required, sit and walk near its owner. A skill to stop an undesired action is one of the key commands in obedience.

Whatever your choice, keep in mind that Great Danes are best with positive reinforcement. Teach your dog to respect you. Consistency and patience will take care of training needs. If required, get advice from specialists who have experience with training Great Danes. 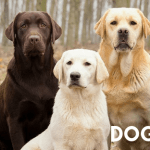 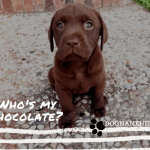